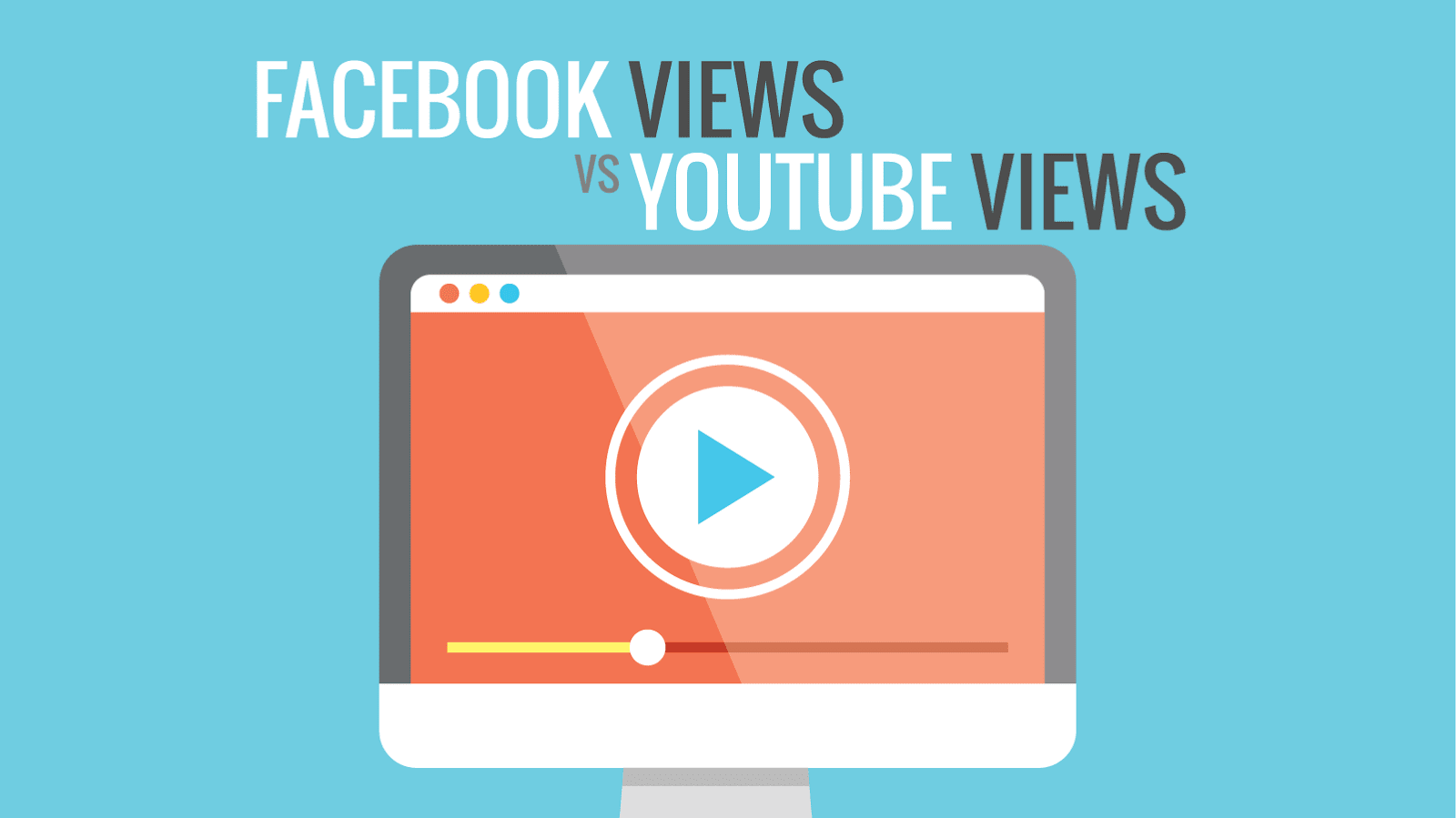 Any video uploaded to Facebook is guaranteed to surpass the number of views it gets on YouTube – but how are views calculated on each social network, and which number is the real one we should believe and work with?

When YouTube was striving to establish itself as the go-to platform to upload and share videos, Google’s priority was to make it as authentic as possible. It was to be the one place where you would guarantee that your videos would always be available and easily shared and integrated across the web (not to mention, monetizable).

Facebook, however, takes a completely different approach. In fighting (and pretty much succeeding) in becoming the number one platform for consuming video content on the web, it’s about the accuracy in content discovery, and the ease of consumption. We went from large, attractive YouTube thumbnails all over our Facebook timelines, to native Facebook videos flooding our timelines and marginalizing the now ugly miniature YouTube thumbnails that need a click and some patience for the entire YouTube video to load and play so that we can start actually watching. Needless to say, Facebook has shut that tap on YouTube and tied in its users to stay on its platforms and watch its native videos in a much more engaging experience.

YouTube has always been secretive about how it calculates a video view – but it’s been obnoxious about the authenticity of each and every one in that counter you see below the video. It even freezes at 301 views to verify all of the views before it lets the counter take off again and reach sky high digits. And by verification, we’re talking:

The end result is a number you can rely on, but it’s also pretty demotivating since they tend to be pretty lame, especially given how difficult it is for a new video on an unknown channel on YouTube to make it to a critical mass – but that’s an endless debate for another time.

Facebook on the other hand, has gone the other extreme. 3 seconds of “watching” is a view. And if that’s ridiculous, Facebook rolled out autoplays across most markets, which means that, as soon as the video appears on your timeline, it automatically plays while still muted. And if that happens for 3 seconds – bam! A new view is born. It’s no wonder the retention drops like there’s no tomorrow a couple of seconds into the video – no one was watching in the first place to “stop watching” a couple of seconds later.

The Retention Graph in Mintrics shows you the video’s retention compared to the average of the page it’s on. You can clearly see the dip in the opening 10 seconds or so.

The first time content creators see the Retention Graph for their videos, they go in denial and then throw a fit. After living the Facebook honeymoon for so long, we find out that Santa Claus is not in fact real. Wait till you see the number – and percentage –  of Muted Views. Thankfully, Mintrics gives you all of those metrics in addition to 10-second, 30-second and 95% views (also known as Complete Views).

So which number of Facebook views is the closest to reality, and hence comparable to those of YouTube? The short answer is the 30-second Views – those are definitely real. But at the same time, it’s harsh to limit your views to the 30-second ones, especially with how videos tend to be between 30 and 60 seconds anyways. And if you stick to the 10-second views, you’re probably not done with the dip as you can see in the chart. So the answer’s somewhere in between, and it depends on the type of video content we’re talking about.

A video where there’s no significant audio, and text that overlays sends the message, is a video that works fine on mute. With those, you can count your views as soon as you’re done with the dip (so in this chart’s case, 10 seconds is fair enough). But if the video relies on audio for the message, then you want to start counting views a few seconds after the dip – more like when the line’s more horizontal. So maybe 30 seconds for that.

And while we’re trying to figure out which Facebook number to believe, YouTube promises you the number you need – no need to look anywhere else. Sometimes YouTube will say the view is as short as 10 seconds, and in most cases it seems to be in the region of 30.

It’s one of the reasons why in Mintrics, we made it a point to dedicate an entire section to Views that chops up all of the different portions so that you can find what you’re looking for, and see it compared to the rest of the videos on the same page, as well as the industry overall.