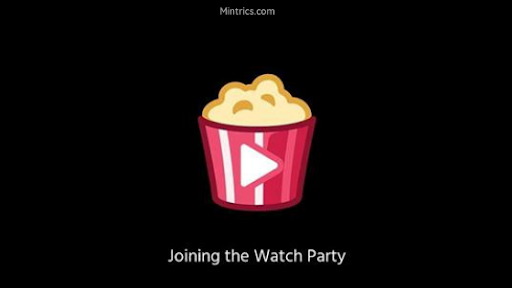 Did you notice the Watch Party feature while scrolling down on Facebook?

You can now watch videos simultaneously on facebook with your friends and favorite persons at the same time instead of watching alone and then sharing it on messenger or mentioning them in it not knowing whether they will see it or not.

The feature was released earlier this year, people have tested it, used it mainly in groups, and talked about it since May 2018.

“We are now starting to test the ability for people to start Watch Parties with friends outside of groups, too, and we’ll explore Watch Parties for Pages in the future.” Product Manager at Facebook, Erin Connolly.

For you who hadn’t heard of it, it’s a new feature that lets you and your friends, whoever can see the post and whoever you invite, to watch videos on facebook together in real time. It’s a live screening on pre-recorded videos on Facebook.

It creates a session between you all (whoever entered the session and is currently watching with you the same video) where you can comment and react on what you are seeing. Also, you can add “play next” videos to the queue. And it tells you if someone skipped a part in the video (much appreciated!)

I honestly think it’s a cool addition, reminds me of the party mode on XBOX 360 where we could watch Netflix while talking to each other (not available there anymore). But surely it won’t be long before other platforms implement similar watch parties to their platform after Facebook.

So answer me this, what’s your first thoughts on this, regarding the marketing industry and small businesses?

You’re on mobile, you’re scrolling down on facebook newsfeed and you see a video. You interact with it somehow commenting or reacting, and it appears.

A button says watch and a CTA tells you to start a watch party now. Once you click on it, it takes you to watch the video and it publishes a post on your profile where anyone can join your watch party.

During the session, you’re allowed to invite people, add videos to the queue to watch later, and comment among the session. Comments are added in the post published on your profile, no one outside the watch party can reply to the comments unless they join the session. Views are added to the original video engagement. (Smart!)

This is how mobile users can start a watch party. While in facebook groups it happens differently.

You start by publishing a watch party post. Wait for everyone in the group to join or invite people via the invite button during the session.

Let me introduce how you, not just as a user, but as a content publisher could benefit from this new feature. It’s established by now that Facebook, Youtube, and the whole digital content is transforming into video content. And for so, all digital platforms are initiating the step towards future movements of video production by making their platform to be more of a “social video platform” in which we can produce and consume videos simultaneously.

You need to notice every change so you can act ahead of it.

Today’s very noticeable change tells you to invest more in the production of videos on each platform. You see, media platforms such as YouTube, Facebook, and Instagram giving their attention to videos (also as a matter of priority in their algorithms).

#2 Establish a strong connection with customers

Did you know you can now see how many people are watching the same video with you? Not just on watch parties!

It was just worth the mention. But do you understand how much deeper the connection between you and your customers/audience can get? You can use watch parties to make your audience rewatch previous live videos or webinars.

You can also benefit from a series of short-videos telling people about your brand or product (think of explainer videos). You can grab their attention by starting a watch party where you control what they see. And ask them to invite people for happy video watching!

Learn to analyze your videos before and after watch parties are held. Here’s a list of important video metrics brands care about.

Marketing is about experimenting. And since everything is evolving, you need to experiment with each new feature. Give watch parties a try, learn how your videos performed before hosting them so you have a benchmark of your performance.

Then host a watch party and try to use all its features to promote to your videos. After the end of it, head over to Mintrics our smart video analytics dashboard to instantly review your performance.

How do you think B2B marketers can get the most out of this feature? We’re happy to hear your thoughts!

A Content Marketing Specialist who writes about Online Video Analytics while studying Literature. She's a blogger at "DaWallflower" where she shares her life experience. Not exactly, she shares her thoughts with the world. Who else would she bother, huh? Enjoy :))