The different ways in which brands are doing videos on Facebook 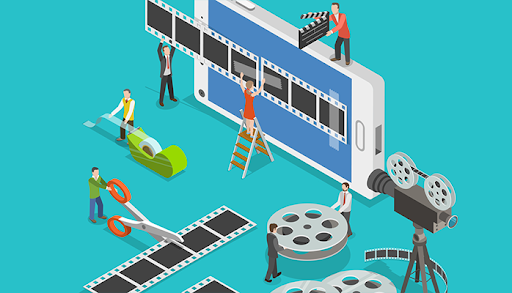 We’ve spoken about the importance of video marketing in the last post, especially with how relatively easy it is to pull off, and how enjoyable it is to consume by the different audiences (given that the content’s not crap, obviously).

As far as brands on Facebook are concerned, creating videos usually falls under one of a couple of categories.

A few brands stick to the safe options that we’ve inherited from TV, and just roll out traditional commercials selling their products or services. Needless to say, a lot of them are boring and way too in-your-face for the kind of content people are willing to consume on social, but sometimes they can pull it off.

Leveraging on the genuinity of social media communication, some brands opt for real, behind-the-scenes type of videos from their Facebook pages and campaigns. That’s always cool because people can establish a direct relationship with them, and feel a lot closer to them. No need to put on any mask – just let the crowds into the kitchen where the magic happen.

Then you get those brands with the ambitious goal of creating a video that goes viral. Virality of course is slowly but surely becoming something of a bygone era, given that spending sling shots videos to the top of everyone’s feeds, and in turn, shoots everything else down. We’ll be talking about this in a later post. Having said that, some creativity, lots of research, and a good chunk of luck, can get brands creating somewhat of a viral video.

One of the most famous viral videos by brands was this one by Nike of Ronaldinho hitting the ball against the crossbar. It was post on YouTube back in October, 2005 from a random, empty – almost fake – account that only had this one video.

Sure enough, it got millions of views and the debate on whether it was real or fake just kept gaining it traction and attention. 10 years later, Nike released the remastered version. Not enough brands are trying to tap into viral videos – it’s just cheaper and easier to buy relevant views.

Actual, produced content is not exclusive to production houses and content publishers, by the way. Many brands have realized that, by investing in a team to create shows and web series for the audience to consume, engage with, and closely follow, you’re creating a strong bond with the audience, raising awareness, and building loyalty.

Gone are the days where consumers, no matter how consumerist they’ve learned to become, take obnoxiously branded video content lightly. In fact, any sort of branding is a turn off – no one wants to be the victim of a commercial. But when you create a weekly show with 2 or 3-minute episodes, well scripted, presented and produced, with quality content that is rare and relevant, people will come knocking on those subtly branded doors.

There’s no right or wrong way of doing videos on Facebook (that is, besides the obvious hell-nos), but it depends on what the brand character fits in, as well as the time and money allocated (and don’t be cheap). What’s much more common now than as of a few years ago, is that brands on Facebook are mostly trying to engage with users first, and then convert to sales second. Attempting to convert directly and constantly, is usually repelling.

It’s all about striking that balance between money, time, effort and human element in, and then awareness, loyalty, engagement and eventually sales out.